In Care of The White House 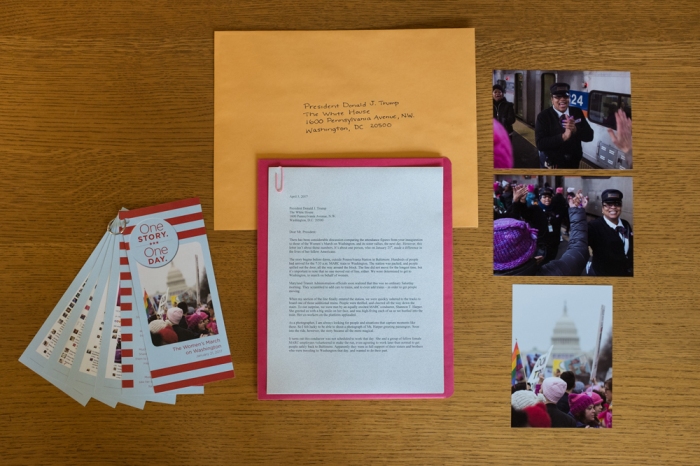 There has been considerable discussion comparing the attendance figures from your inauguration to those of the Women’s March on Washington, and its sister rallies, the next day. However, this letter isn’t about those numbers. It’s about one person, who on January 21st, made a difference in the lives of her fellow Americans.

… we were quickly ushered to the tracks to board one of those additional trains. People were thrilled, and cheered all the way down the stairs. To our surprise, we were met by an equally excited MARC conductor, Shannon T. Harper. She greeted us with a big smile on her face, and was high-fiving each of us as we hustled into the train. Her co-workers on the platform applauded.

…It turns out this conductor was not scheduled to work that day. She and a group of fellow female MARC employees volunteered to make the run, even agreeing to work later than normal to get people safely back to Baltimore. Apparently they were in full support of their sisters and brothers who were traveling to Washington that day, and wanted to do their part.

[ read John’s letter in its entirety]